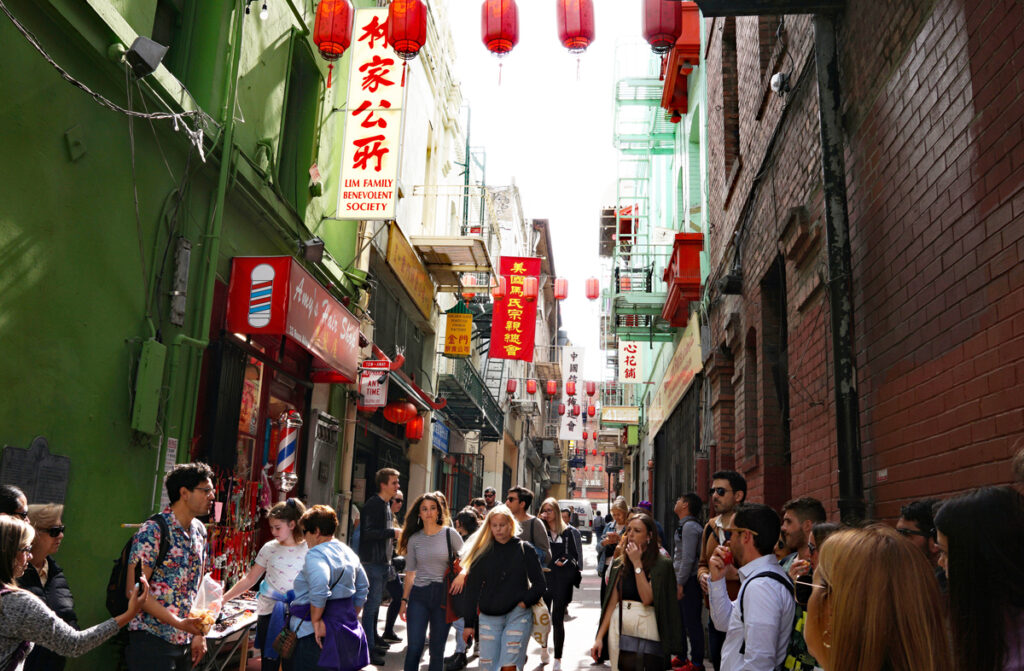 Ross Alley is a north–south alley in San Francisco’s Chinatown. Ross Alley lies between and is parallel to Stockton and Grant, running one city block between Jackson and Washington.

Ross Alley was initially built in 1849, adjacent to the house of the pioneer merchant Charles L. Ross, from whom the name is derived. The original name was Stout’s Alley, however, for Dr. Arthur Breese Stout, who had purchased Ross’s house, which stood near the present-day corner of Washington and Ross Alley.The oldest alley in San Francisco, Ross Alley was considered to be one of the main locations for brothels, especially during the days of the Barbary Coast. Women were brought to the slave dens and served against their will.

Ross Alley was also notorious for highbinders and gambling dens in the late 19th and early 20th centuries. Several establishments in “the stronghold for gambling dens” featured iron doors, which were banned by local ordinance in 1889. In several instances, the Chinese population was victimized by people impersonating police officers, and in at least one instance, police protection of gambling led to the removal of an officer.

According to a 1901 article, “Ross [A]lley is thought to be the spot in San Francisco where the souls of the dead can most easily come and where the evil spirits are forbidden to exercise their powers”.